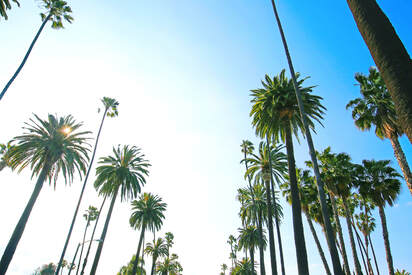 GT is a fully licensed and bonded talent agency based in Los Angeles. Franchised by the SAG/AFTRA and WGA guilds, GT represents artists in...
// Acting
// Writing ​
​// Stand-up  & Digital

Originally from Northern California, John moved to Los Angeles in 2003 to study business and play football at USC. Under the leadership of coach Pete Carroll, USC contended in three national championship games. To this day, John’s time at USC continues to color his drive, ethics and approach to business.

In the summer of 2006, John got his first taste of working in representation in the United Talent Agency mailroom.

Upon graduating, John returned to UTA full-time as an assistant in the talent department where he worked with multi-hyphenates who were writing, producing and doing stand up in addition to acting.

After the 2008 writers strike and a major agency merger shook the industry, John joined ICM Partners where he furthered his experience working under some of the best agents in the history of the business.

In 2011, John joined the Agency for the Performing Arts as an agent. At APA, John was tasked with the mission of identifying and signing up-and-coming talent, particularly with stand-up comedians, sketch performers and improvisors. Knowing comedy often comes from a dark place, John targeted a wide range of projects ranging from dramatic to comedic in tone.

In January 2020, John and his wife Melissa celebrated 10 years together along with their two young children, Cooper and Molly.

If John has learned one thing from his 15 years of experience in Hollywood, it is to expect the unexpected.  2020 couldn’t be a better example of this and serves as a perfect catalyst in the launch of Griffin Talent.